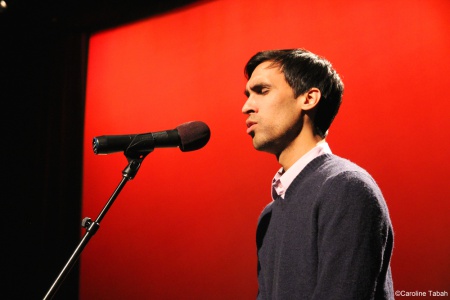 After studying with Éric Morin at Université Laval, he completed studies in composition and analysis at the Conservatoire de musique de Montréal with Serge Provost, graduating with two "Prix avec grande distinction", the highest honour to be awarded. His works have been performed in Canada, the U.S.A, France, Germany, the Netherlands, Switzerland, Spain, Poland, Australia, Singapore and South Africa. He was awarded the Canada Council for the Arts Jules Léger (2017) and Robert Fleming Prize (2011), the MusCan Student Composer Competition (2017), the SOCAN Jan V. Matejcek Award (2016), the Fernand-Lindsay Prix d'Europe composition prize (2011) as well as 6 prizes from the SOCAN Foundation Awards for Young Composers. He is an associate composer at the Canadian Music Centre as well as a member of SOCAN and the Canadian League of Composers.

Having researched Carnatic music with 4 renowned masters in Chennai (India) in 2008 and 2011, his personal style explores the theme of post-exoticism and the interplay between tradition and novelty.

His work as a singer and interdisciplinary artist led to his performative solo Anthropologies imaginaires, awarded at the Amsterdam Fringe Festival (2015) and the SummerWorks Performance Festival (2016). As a vocalist, Gabriel has sung across Canada (Montréal, Québec, Toronto, Kitchener, Guelph, Vancouver, Victoria, Banff, Winnipeg, Halifax, St. John's), in Sydney (Australia), Cardiff (Wales), Berlin and Köln (Germany), Oslo (Norway), St-Louis (USA) as well as Amsterdam and Utrecht (Netherlands). In 2013/14, a development grant from the Canada Council for the Arts allowed him to work with vocalists Phil Minton (UK) and Ute Wassermann (Germany), as well as yodel and overtone specialist Christian Zehnder (Switzerland) and beatboxer Shlomo (UK). Inspired by contrasting vocal expressions in different cultures in time and space, he conceives his voice as both a raw and a sophisticated instrument. His musical language is a blend of diverse classical, avant-garde and traditional elements, mediated by an interest in linguistics and ethno/zoomusicology.

Gabriel contributes to EoI in Berlin and Montreal.