Deprecated: The each() function is deprecated. This message will be suppressed on further calls in D:\Groups\HEX-GRP-matralab\HEX-PRJ-matralab\public_html\eoi\includes\MagicWordArray.php on line 197
 Ji-eun Kang - Ecstasies of Influence 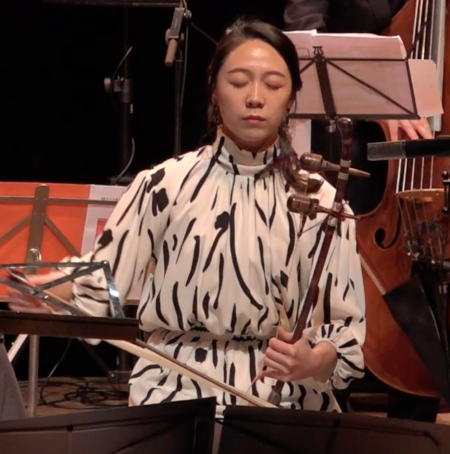 Haegeum player KANG Ji-eun is a Haegeum soloist who has a wide range of repertoire varying from Korean traditional music to contemporary music.

She studied at the National Gugak Middle school and High school and graduated from Seoul National University's School of Korean Music and Graduate School of the same university.

She was active as a standing member of the Busan National Gugak Center and Master of Jongmyo Jeryeak (Royal ancestral ritual and music at Jongmyo Shrine), Important Intangible Cultural Heritage 1. She was also an instructor at the National Gugak Middle School, Busan Arts High School.

In 2015, she expanded her musical range to contemporary music through a residency program in Berlin, Germany.

She is an active Haegeum performer who continues to broaden her musical capacity while striving to stay true to traditions while stimulating creativity at the same time.

Ji-eun contributes to EoI in Berlin.