Tactile Topologies is working with the bodysuit as a platform for an alternative mode of listening that doesn’t rely on audible perception – a way of attunement through hapticality.

While two french-horn players wearing the full-body suits – equipped with 66 vibrotactile actuators – are performing in separate spaces their sounds are being recorded and sent to the other’s suit. The piece is experimenting with how sonic information can be transduced onto the topology of the body through vibrating actuators-in-motion. Any given sound sequence will generate a choreography between the actuators (by fades and switching them on and off), based on the parameters (rhythm, moving intensities, accentuations, etc) of the sound. The sonic input is not treated as a sum of data that gets analyzed and translated into algorithms but rather, as a field of moving intensities that we are modulating into a tactile composition.

How can generating complex movement-patters on the suit can make felt the constantly shifting qualities of sound? How is the force of the vibratory active in this migration? What kinds of collaborations can emerge from this diagrammatic way of listening? 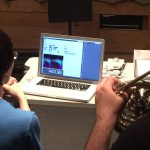 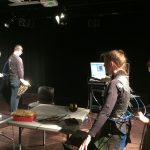 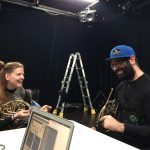 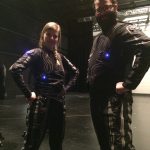 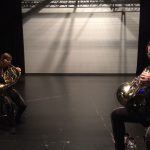 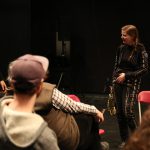 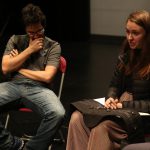 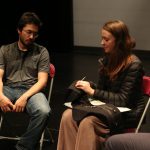 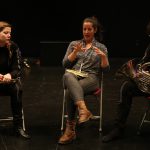 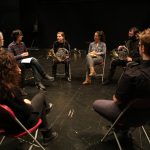