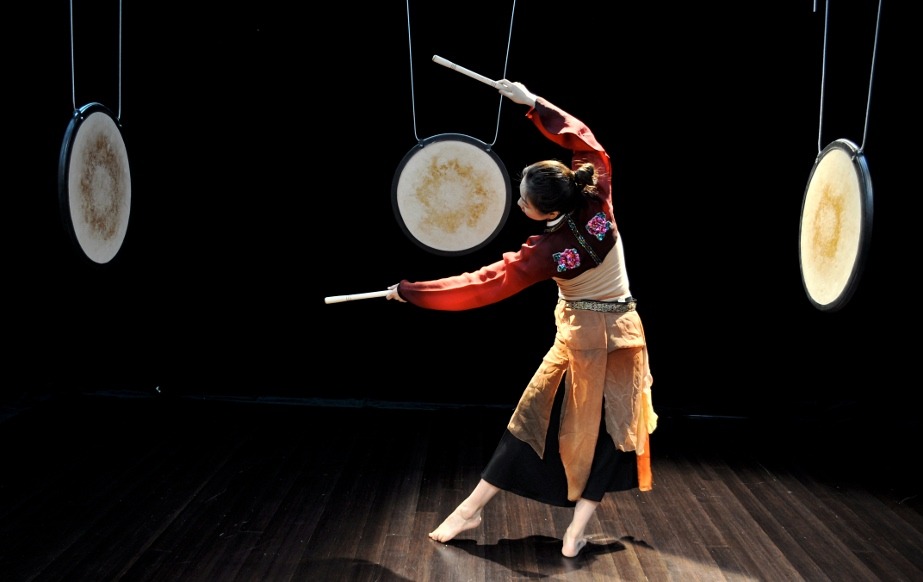 In Sanskrit, the word अनाहत (anahata) means unhurt, unstruck and unbeaten. Anahata Nad refers to the Vedic concept of unstruck sound, the sound of the celestial realm. The world is divided into the unstruck and the struck, i.e. the deliberate and the non-intentional or, in another perspective, evocation and immanence.

The concept of an unstruck sound of profound importance is also one of the fundamental techniques in playing the ancient Chinese musical instrument qin, where the best and most important sounds are those that, in reality, do not sound at all and are only imagined by the player in continuation of the audible sounds s/he has played. The qin always has been the instrument of the learned who, by playing it essentially only to themselves, carry out explorations into the formless, the vague, the bland – concepts at the heart of T’ang aesthetics.

In both cases, the unstruck (and therefore inaudible sound) has the function both to continue our vivid and concrete world into realms that are not as concrete (and thereby acknowledging their relaity) and to serve as the real raison-d’etre of the concrete world, interpreting the world of concrete objects or audible sounds as borders, limits and frames for the essential nothingness at the centre of this kind of making art and music.