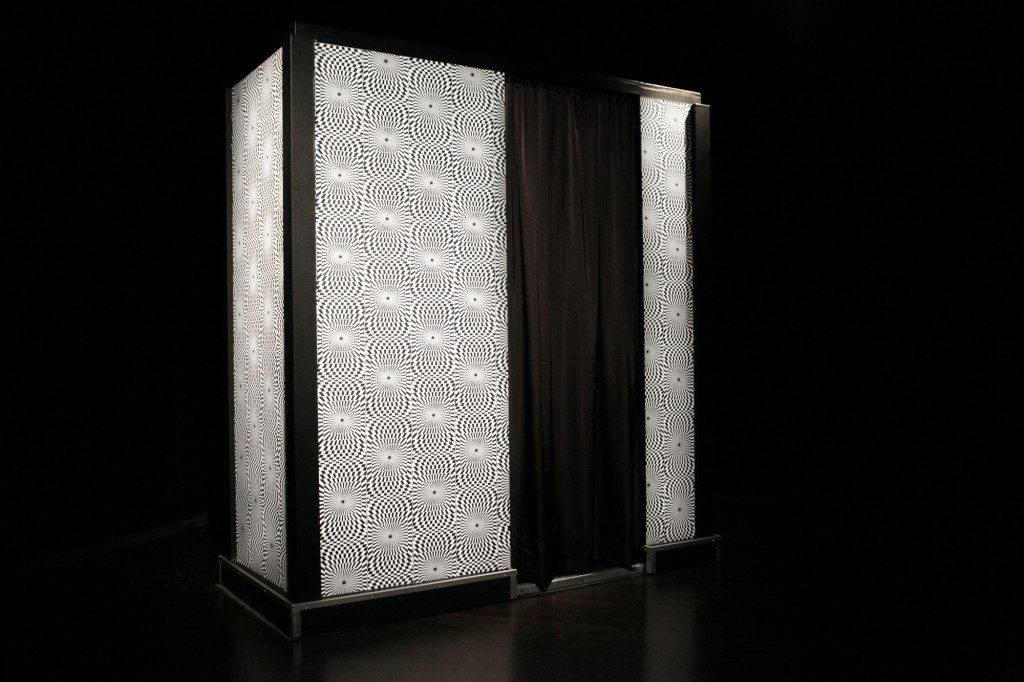 A participatory film installation in a photo-booth

Phantomaton is a user-dependent, responsive, 3-channel-video installation that generates composite video shots of its spectators placing them in urban landscapes. Embodying the intimate space of a photo-booth, the installation addresses the tension between authorship and spectatorship in regards to the aesthetic creation around the moving image. It works as a cinematic device that requires the audience’s participation in order to function.

By approaching the spectator as the subject of an emergent narrative, Phantomaton offers the viewer with scenes of a movie that is constructed only as it is watched. By doing so, the participatory films installation creates virtual interpersonal relationships in different cities of the continent, while opening up the possibility of an encoutner.

This cinematic apparatus creates an accumulative record of human presence, producing an archive of spectators-users who are placed as actors on the screen. The images produced by it become the vessel that mediates possible human relationships that occur in various parts of different cities. By revealing the mechanisms of the composite moving image it leads the audience in the path to become consciously critical observers.

Equipped with a computer, a 21-inch Apple Cinema Display, a high-definition camera, internal lights and speakers; Phantomaton uses the viewers’ own faces as images to create an archive of human presence in a computer’s database.