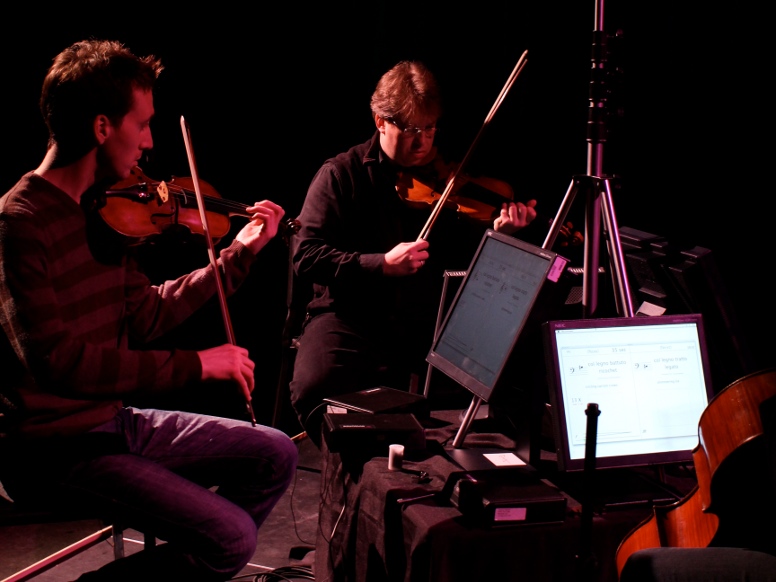 The 4 movements of the monochrom string quartet are in reality only four different realizations of the same underlying interactive score. The monochrom score is a partly graphic, partly traditional comprovisation score that tells musicians when to play, for how long and inspires their improvisation by pictures, poetic texts and instructions. It listens to the musicians and re-configures itself to generate the pages during the concert: neither musicians nor composers know exactly what to expect. One main instruction however remains the same: as long as one page is valid, each musician must play one kind of music only — creating a monochrome field of sound. Over the 4 movements, the settings of the score change step by step: while in the first movement the musicians all see an identical screen at the same time, in the last movement they decide for themselves when to turn to the next page, and can do so independently of each other — thus creating a layered comprovisation of monochrome musical colours, moving both through the real space of the concert and our inner, imaginary space.