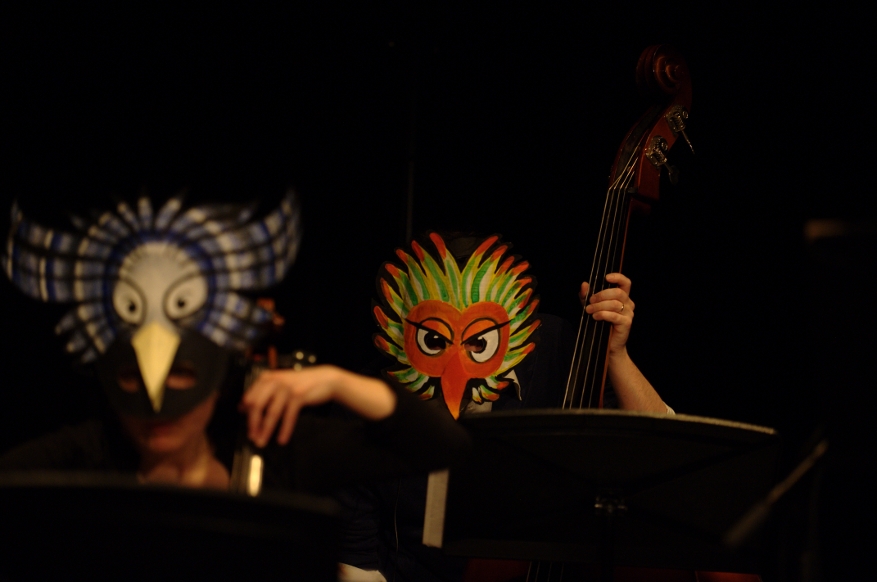 We all have become quite alien birds. In midst of the everyday urban hustle, we listen to voices and signs from another realm. We all become strangers to one another when we listen to a sonic world in our ear. Our iPods alienate us by day, and our dreams by night – sometimes we navigate the real world as if always from elsewhere, as if we were only bodies with an always absent mind.

“I am a bird from an alien land / I do not belong to this country” writes Kabir, a 15th century Indian poet. The country he means is our everyday existence. As an outside observer of the human condition, Kabir mocks all those who seek spiritual salvation by observing rites and rules, proprieties and ideas, theories and ideologies. If we do not understand that which is formless and elusive, he says, we will not get it. Life is more than its descriptions and models. And Kabir urges us to understand where we can really look for ourselves: “The Lord is INSIDE the body”, he sings, “listen to me, brothers, seekers!”

“The place was not ours / Neither could we have chosen the time” begins my own poem “To those born far away from home”. I wrote it in Paris in 1997, when I gratefully realized for the first time that in my global existence between all kinds of countries, ideologies, allegiances and languages I was neither as alone or strange as the nationalism that even to this day dominates our societies had made me believe. The lives of those who have no home may be brittle and prey to sudden reversals: but they know about this fact and can adapt. And they can indeed “cherish each fleeting caress” – because they never feel entitled to it.

These two poems lie at the core of my composition. They are transformed into a sonic map, a map as birds or iPod addicts would perhaps draw it, with musical fragments instead of notes, and with a plethora of cryptic signs. The musicians read this map with their ears and explore it with their eyes – and when they have absorbed both the signs and the sounds, they lift their heads and use their bodies and instruments to sing. They are one group, yet on stage they time and again they become aliens to each other: they listen to voices from their headphones, from another country – what do they hear – and what music do they make of it ?