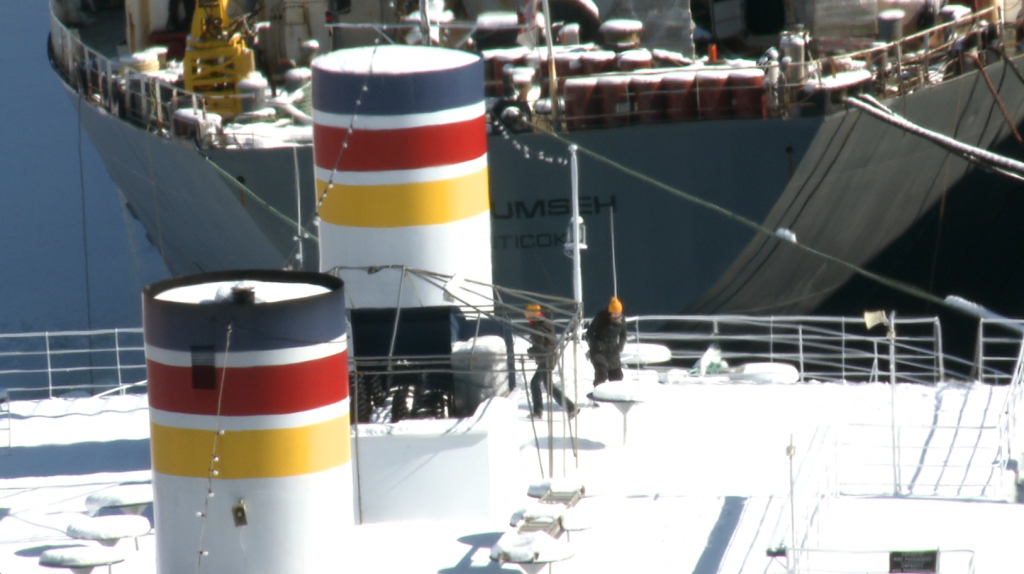 Symphonies Portuaires
Commissioned each year by the Musée Pointe-A-Caillières, the Symphonies Portuaires bring the frozen port area of Montréal to life: the composer can use the sirens of all ships “stranded” in the port by winter ice, the bells of the churches and many other sound sources to create half-an-hour of musical elation to a walk along the frozen river, on a Sunday afternoon. In 2012, Sandeep Bhagwati has been commissioned to conceive and compose a new harbour symphony for Montréal, and he will collaborate with local choirs and sound research labs to make it a truly memorable event.

Rives & Dérives
For Indian musicians, the music we hear does not come from silence. It comes from an inaudible river of sound – anahata – that flows all around us. What we hear as music are but snippets, brief glimpse of this inaudible sound made audible by the musicians. Musicians, in this view, are somewhat like mediums, radios, or modems – they decode a complex, but intangible reality around us and make it perceivable for ordinary humans.

If we listen to Indian concert music, we will always hear a drone, an all-encompassing sound that precedes the music and lingers after it. Usually made by an instrument called tanpura, the presence of this drone symbolizes the anahata around us: it is the eternal river of sound from which all rhythms and melodies emerge and into which they will eventually return.

In “Rives & Dérives”, composer Sandeep Bhagwati re-creates the anahata drone: the St. Lawrence river and its ship’s fog horns become the tanpura, a giant drone-maker that envelops the listeners with a perpetually changing but constant river of sound.

Inside this river, very subtly, the listener will suddenly hear voices and rhythms that emerge from the drone: slow melodies and meanderings [dérives] all around the listeners head, punctuated by ripples of percussive noise, and by people talking. These sounds come from many singers placed in the audience – singers with portable sound systems in their clothes and with percussion instruments. They do not only create music from Bhagwati’s score, but they also improvise with the sounds they hear – and they move through the audience, so that you will hear a melody emerging from and receding into the drone.

It will be a meditative and at the same time magical experience – like swimming inside a river and eaves-dropping on the songs of its manifold creatures.

The Score
Sandeep Bhagwati has created a unique and beautiful score for this composition: it consists of 32 postcards with graphic symbols that are shuffled into a pack: each singer gets their own pack, and then transforms one postcard after the other into music.