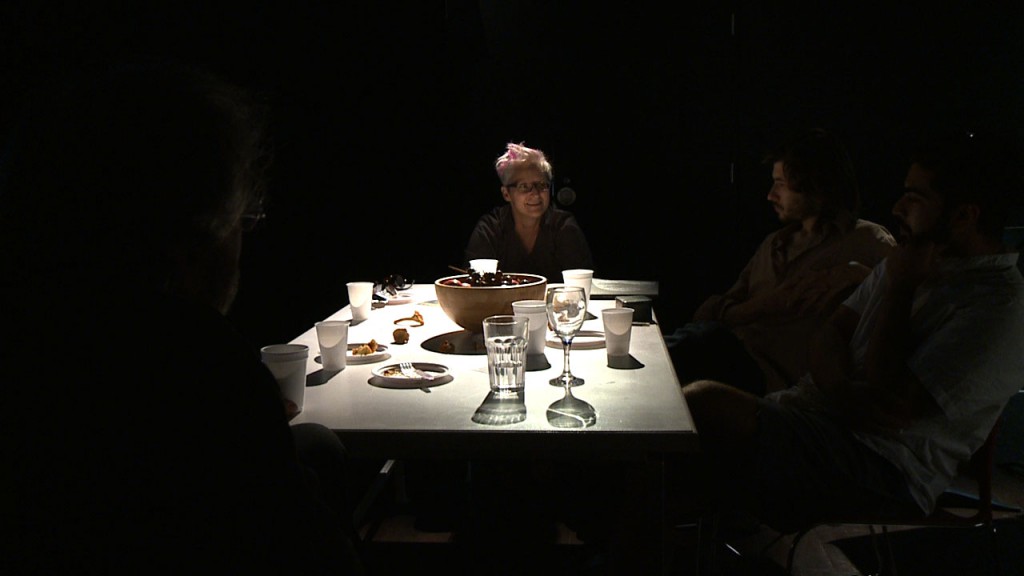 Sep 15 was the 70th anniversary of composer Anton Webern’s accidental death, shot in Mittersill/Austria by an American GI after the end of the war while out for a smoke.

Sandeep’s friend Karlheinz Essl wrote a little software clock that chimed in a Webern series every quarter of an hour. Sandeep occupied the matrabox for 24 hours (6am  – 6pm): sitting, writing, talking and composing, sharing Austrian food and wine and perhaps even went out for a smoke.  At times, musician friends visited him and improvised on Weberns melodies. Everyone was welcome to come and talk to him. Guests took a card on entry: conversation subjects included anything from  serial dodecaphony to military occupations, from cigarettes to compressed emotions, from art in dictatorships to the beautiful valley of Mittersill, where 11 years ago where Sandeep composed two works you would also sometimes hear in the background, alternating with random remixes of Weberns Music. No action lasted longer than 15 minutes, all awkward turns were saved by the bell.