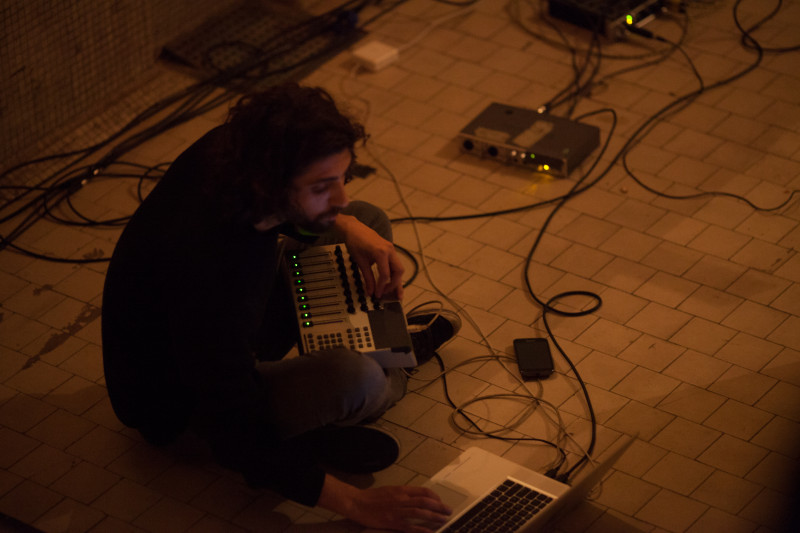 Adam Basanta (b. 1985) is a composer and media artist, whose work traverses electroacoustic, acoustic and mixed composition, audiovisual installations, and interactive laptop performance. His work often explores aspects of listening, cross-modal perception, unorthodox performance practices, and the articulation of site and space.

His music has been described as “frantic, noisy and gutsy” (Words and Music), “an electrochemistry of the new and old” (Boston Musical Intelligencer), while “the richness and dynamism of colour in his pieces stirs questions” (Musicworks).
He holds a BFA from Simon Fraser University, where he studied extensively with Barry Truax, and is currently an MA candidate at Concordia University, supervised by Sandeep
Bhagwati and Chris Salter.

Adam Basanta is the research coordinator at matralab.

Contour, for a hallway

Adam Basanta releases “Memory is the residue of thought”

Adam Basanta on CKUT’s “If You Got Ears”

Adam Basanta: “a glass is not a glass” @ Harvard University